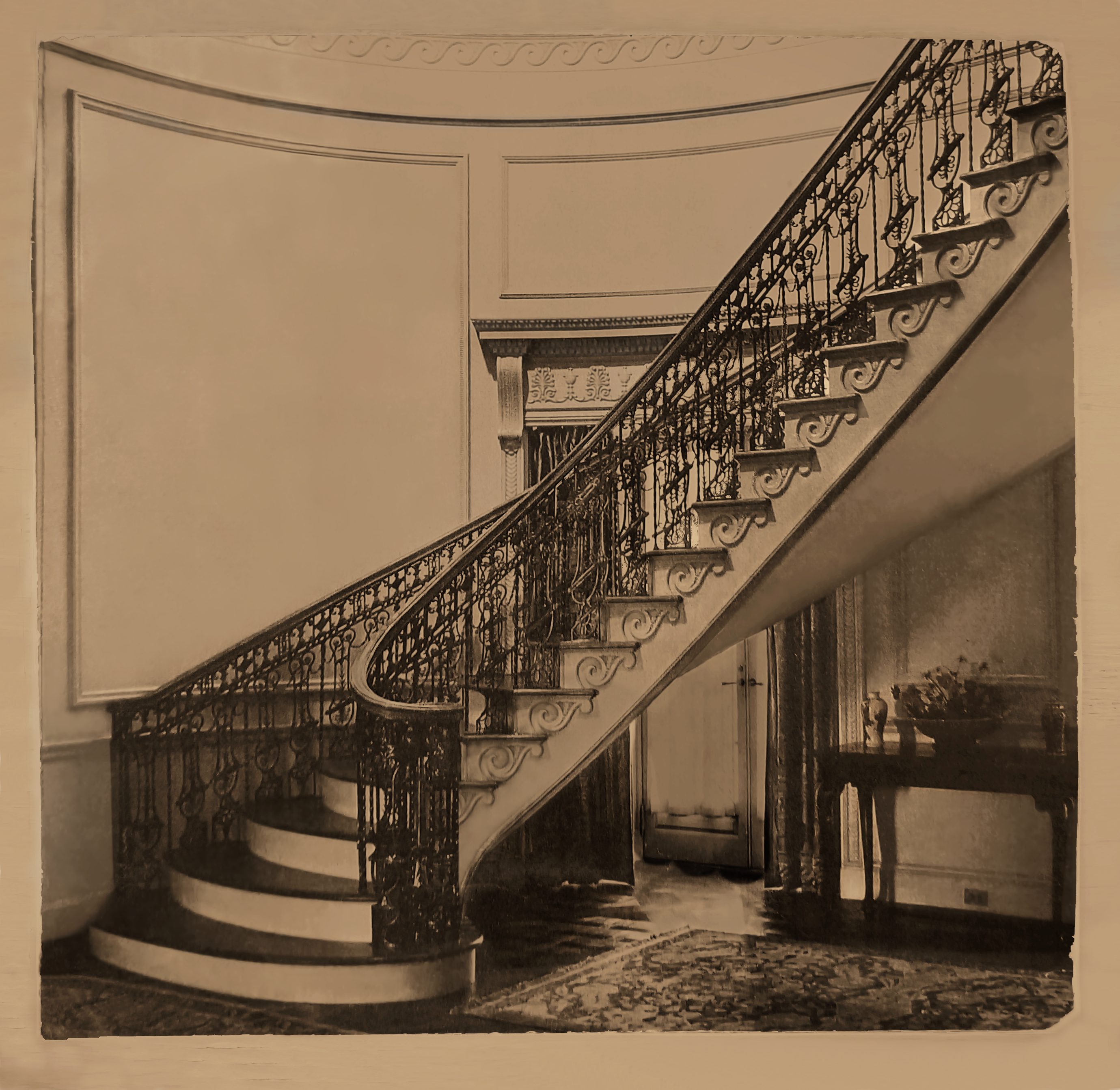 In 1928, Edward M. Schildbach, embarked on his life long career as a master stair builder in New York City. Over the next fifty years, my grandfather became well regarded by architects and builders for his high level of craftsmanship in the trade. His achievement caught my attention by age 18 and I asked to work in his shop during the summer of 1975. The following year would be our nation’s bi-centennial celebration and my grandfather was busy replicating the original staircases in the Upper Hourglass Hallway for Thomas Jefferson’s Rotunda Building at UVA which were destroyed by fire in 1895. This was a rare opportunity to participate in reviving one of our national architectural treasures and I became captivated with the prospect of carrying on this very special family legacy.

Upon graduating from college in 1980, I opened my woodworking shop in Maine which specialized in the craft of architectural wood stairs and handrails. My grandfather had retired in 1978 and he would serve as my mentor over the next five years on my path in becoming the next generation of master stair builders. Focusing upon the region of Metro NYC and Fairfield County in CT, I developed a dedicated clientele of high profile architects and builders. My expertise expanded over the ensuing years to encompass fine architectural millwork which was also held to the highest level of design standards and craftsmanship.

With the turn of the 21st century came the introduction of automation, online supply chains and varying economic instability which all contributed to challenges for the traditional craftsman in a custom building environment. With the desire to maintain my practice of handcrafted woodwork, I recognized it was time for a renaissance in my business model. In 2006, I made the commitment to center on historic districts around Boston, Portsmouth and Southern Maine. My primary focus would be millwork preservation while continuing on a limited basis to provide traditional handcrafted stairs, railings and period millwork to my most loyal clientele. My background as a hands on woodworker has proven to be a natural transition into preservation and replication projects in historic woodwork.